The Lazy Man’s Life is a slice of 20th Century history.

Thaddeus Golas’ autobiography is pulled from his diaries, emails and letters — it is the account of his life, in his own words. 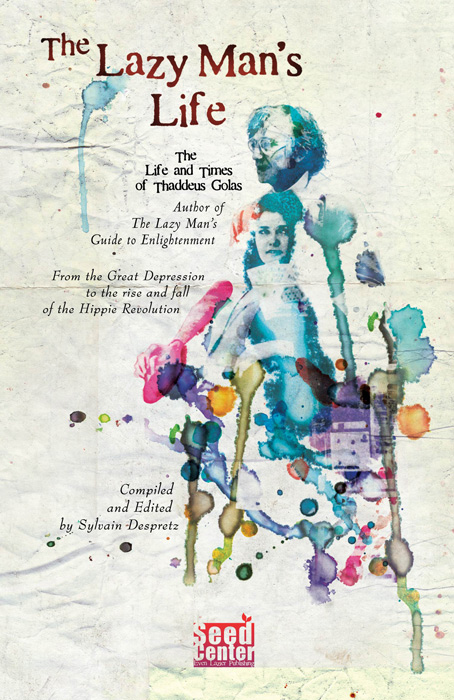 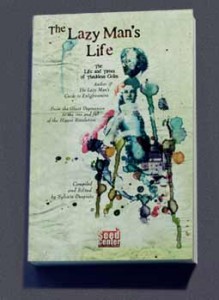 The Lazy Man’s Life ~ Autobiography of Thaddeus Golas, is not a book of metaphysics, but at 523 pages (complete with a 16-page leaflet of era color photographs) it covers much of the story of the journey from the Great Depression to the psychedelic ’60s.

It is a historical account of the birth of the psychedelic movement in America; a parade of the era’s greatest players: Timothy Leary, Baba Ram Dass, Steven Gaskin, Allen Ginsberg, and all the rest. The book features original poems by Thaddeus Golas, as well as a behind-the-scenes look at the creation of The Lazy Mans Guide to Enlightenment, and some definitive answers to the questions: “Was the book channeled?” and “was Thaddeus Golas a mere typist for higher consciousness?”

The Lazy Mans Life will leave you feeling like an expert on the psychedelic and metaphysical ’60s. A great read! 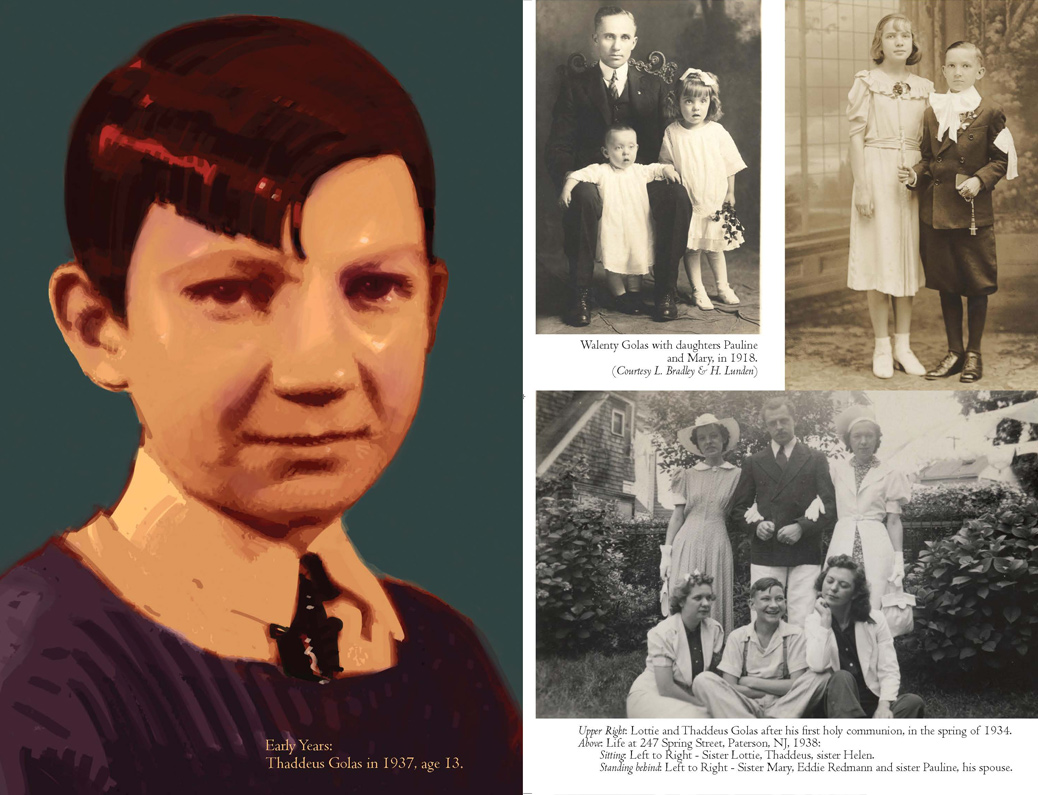 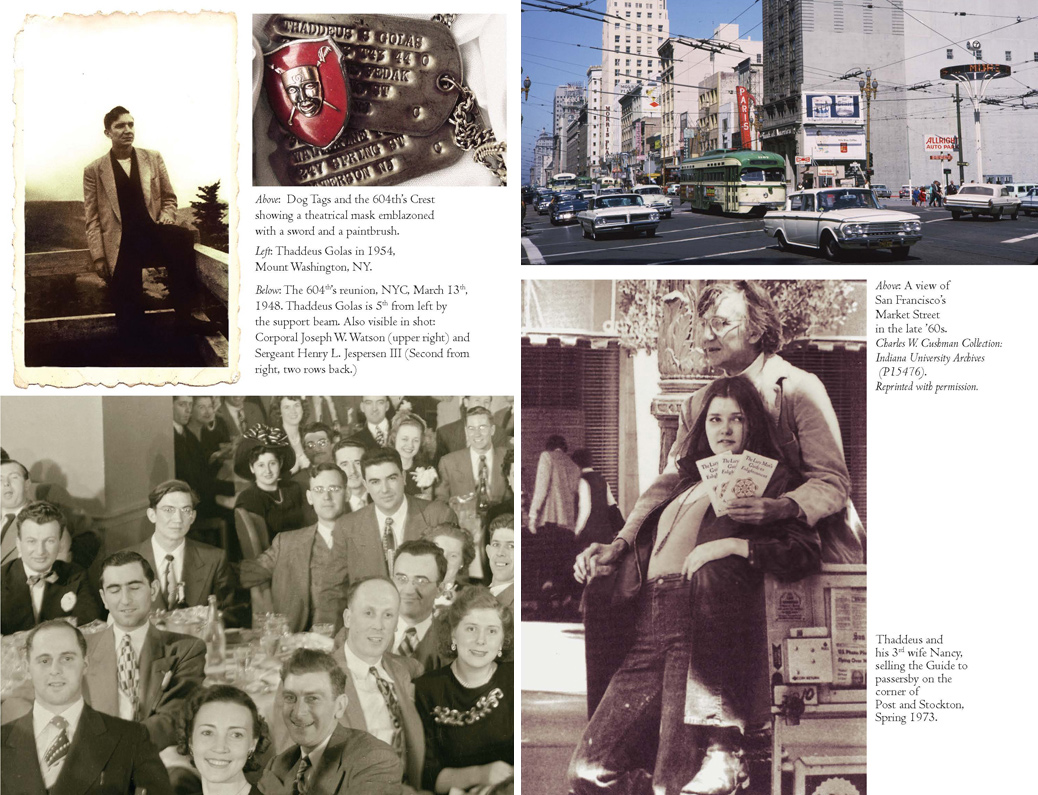 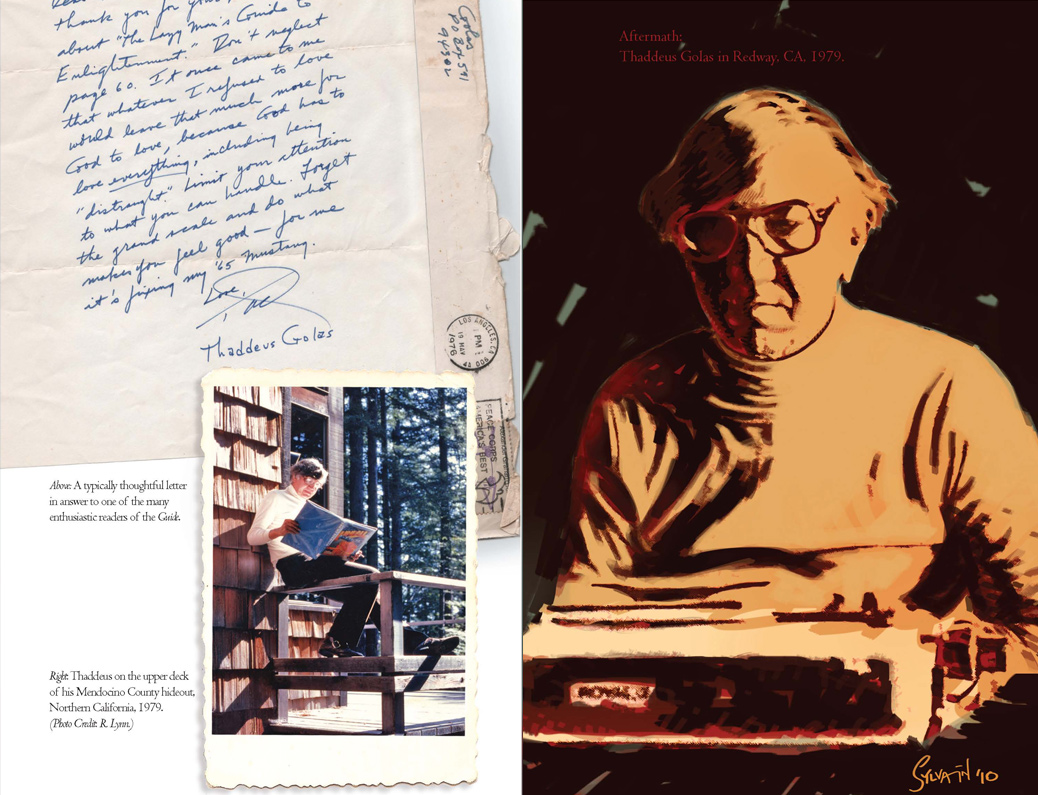 All through my childhood I had heard of the utter insanity of World War I, but this news convinced me that the human race was doomed, and I no longer wanted to be part of it.
I decided that human life was absurd, that the only universal imperative was to use energy, to be active with no reference to rationality.  If I had known more history, I would have been less depressed.  I would have known the human race is a swarm that can lose millions to famine, plague, or lunatic wars and then go on as if nothing had happened.  In my simple way I anticipated the existentialists: the appropriate response to the evidence.  At the time I was alone with this mood, though I expressed some of my dismay in letters to Paulette Morin in Rennes. She replied that it was obvious I was not the “berserker” sort. Just as I clung to my fantasy of Lois, I cherished Paulette as a refuge from war. It is a mystery why our tiny company came to someone’s attention several weeks after Ninth Army HQ was moved north to Maastricht, in Holland.
VIII Corps remained in the Ardennes, assigned the task of seasoning new divisions and resting battered ones in what was considered a quiet area.
Ninth Army was given a few divisions to start, interposed between Montgomery’s British forces and the US First Army. Because of this elaborate change, we moved to a billet east of Maastricht shortly before the German onslaught in the Ardennes.  By such decisions do we live and die.

I do not know how I finished that week at Recorder until the weekend when my two-week vacation began.  Of course I never went back afterwards.  I had dropped out, in the phrase of the times.  But what had I dropped into?

I had invoked a maelstrom, and there was no way I could even begin to make amends to the other roomers in the apartment. Some stranger was always taking a shower in the community bath, and the kitchen was always full of people staring like hungry pets.  Cooking was impossible.  Some of the mob seeped into other apartments in the building and formed liaisons with the residents.  There were disciples sitting at Michael’s feet, worshipping him because he looked so spiritual.

I had lost authority with the Good Karma Kids once they sensed that in my dazed state of mind I could be exploited.  I was relieved when Edith and Michael decided we would all go to Laguna Beach, south of Los Angeles.  Then I objected when I realized that by “all” they meant the entire crowd infesting the building was to go along in my van.  When I said that was impossible, they treated my “negative thinking” with contempt. Clutching some strands of rationality, I conceded that everyone who was in the bus when we started could go along.

On the morning we left, there were eight people in the van plus Edith’s large hound, Abraxas.  We stopped at a health-food store in the Haight, then set off south on Highway 1.  When we got as far as Half Moon Bay, about fifty miles, Edith realized her dog was not in the van.  She insisted we go back to the city to look for it.  Reversing direction burst the bubble of the excursion.  We searched for hours, but Abraxas was not to be found.  We set off south again, picking up several hitch-hikers on the way. By this time darkness was falling, and I drove all night. In early morning I stopped at a restaurant near San Luis Obispo, and my decision was roundly condemned, even though I paid for the food.  Apparently eating in a restaurant was tantamount to consorting with the enemy.  They made a commotion in the place but I was too old a campaigner to be put off my feed.  When we got to Santa Monica we stopped at a supermarket for food supplies.

Two of the people we had added in San Francisco were a handsome youth named Ray and his roommate, another slight, slim older man, named Jack.  From Jack’s distress when Ray fucked Edith on the bed in back as we drove along, I suspected that he and Ray were lovers also.  The coupling was ignored by everyone else.

San Francisco got most of the publicity in the psychedelic years, but I would guess the parties in Los Angeles were probably more fun.  Certainly Laguna Beach was the post-graduate school of acid-tripping.  The people in a canyon settlement were already living in another reality.  Laguna Beach was the base of the Brotherhood, a small mystical group spoken of with enormous respect in the communes of California.  They in turn regarded themselves as a sort of palace guard for Tim Leary, though their real role was the importation and distribution of large amounts of Afghani and Nepalese hashish, as well as LSD.

Our vanload descended on one of the houses in the canyon outside town.  We rapidly overtaxed the septic tank, and wet towels just as quickly infected everyone with a jailhouse rash between the buttocks.  It seemed that most of the young people I met in those years had either been in jail or had been committed to asylums by parents.  Hippies were such nomads, and communes mushroomed and dispersed so quickly, that diseases spread easily. It was fortunate that AIDS was not yet in circulation. All the carefree souls were to learn that hedonism has a price. The people in the colony boasted they had frightened the wits out of a sheriff’s night-raiding force by gathering on a hillside above the houses and chanting an “OM” in unison.  I liked these people, and hoped to join them, but the key members were about to leave for Maui to live on the beach.

Category(s): Uncategorized
The Lazy Man’s Guide to Enlightenment, revised and updated by Thaddeus Golas.
The Cosmic Airdrome: A Rosetta Stone to the Guide!